As I promised in the previous post, I prepared step by step presentations on how to prepare a Valentine card in crazy colours.

Let’s start with the preparation of a very simple background. I am recently enchanted with a technique that uses mono printing on a gel plate. This technique gives a lot of possibilities and joy of results and all masks, punches and blanking dies are perfect for creating different patterns. In the preparation of the background, I also used two acrylic paints. To create a white pattern on the background, I added a few drops of water to the acrylic paint. 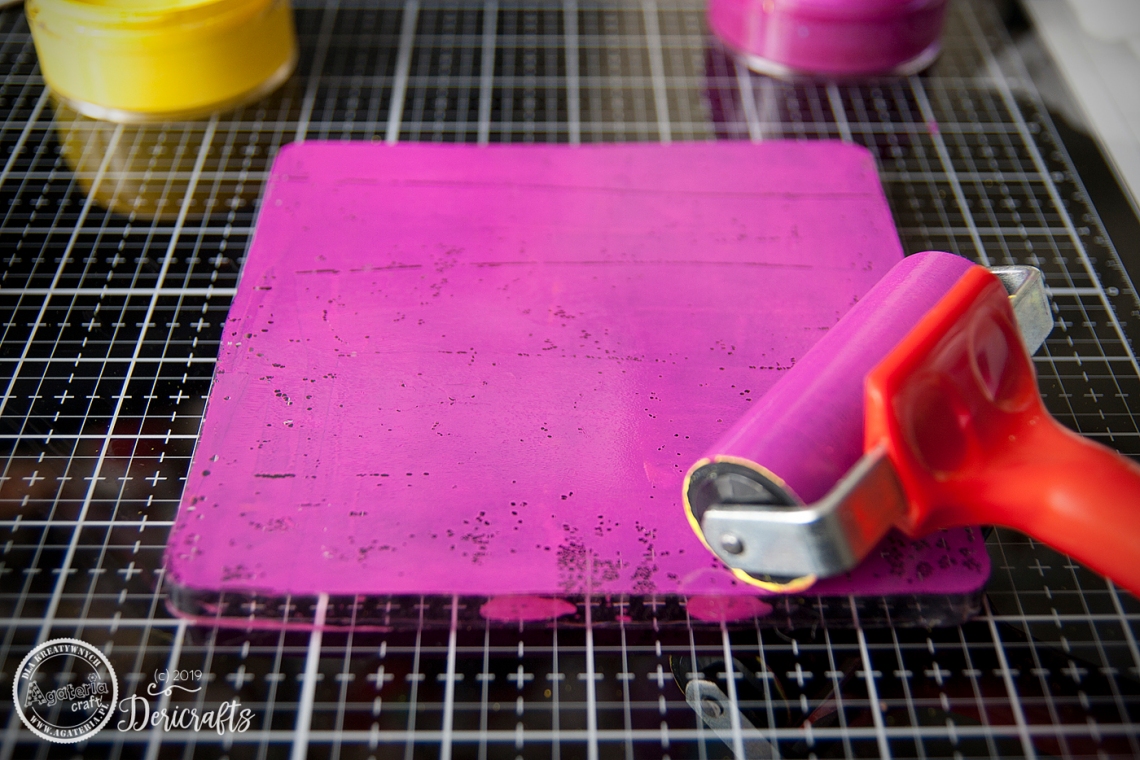 During the time when the base of the card was drying, I prepared accessories to decorate the card. I decided on a floral motif created from a set 1 of Magnolia stamps. The flowers were stamped with black Memento ink and coloured with Distress Inks in a shade of pink and green.

Everything, as always, I mounted on the craft base, added contrasting yellow paper and an inscription. To add up a charm to the bouquet, I put a bit of sparkle to the flowers by liquid glitter. 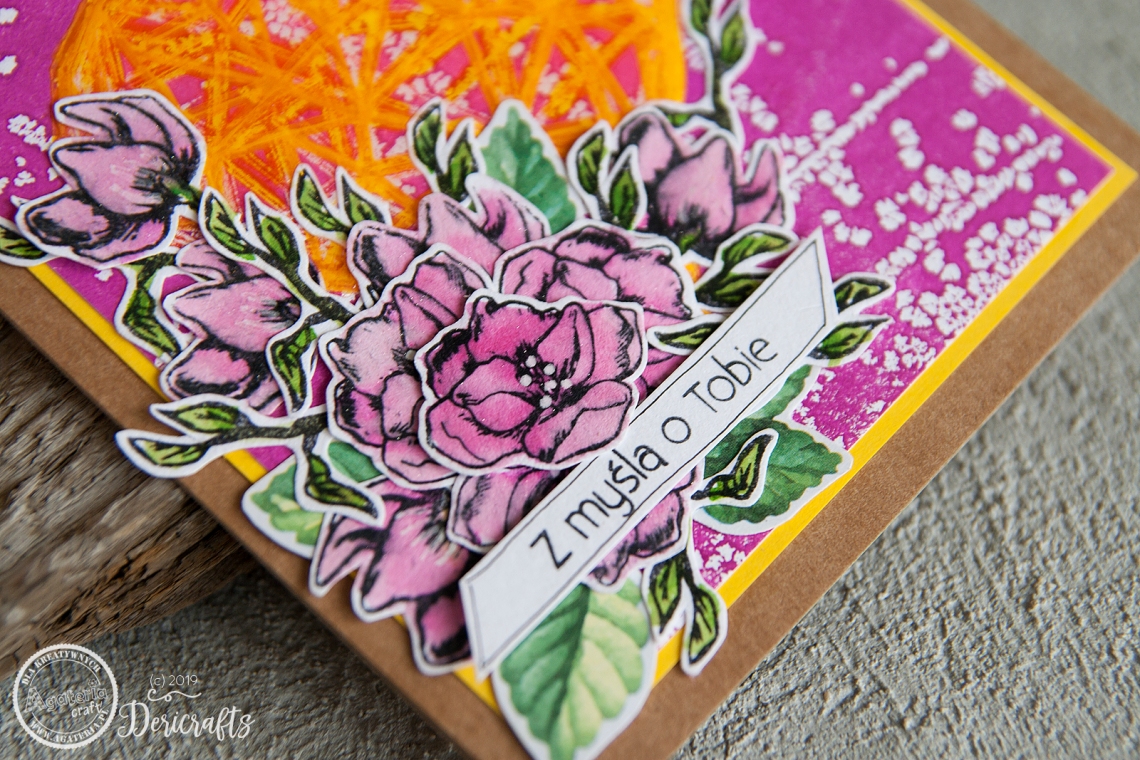 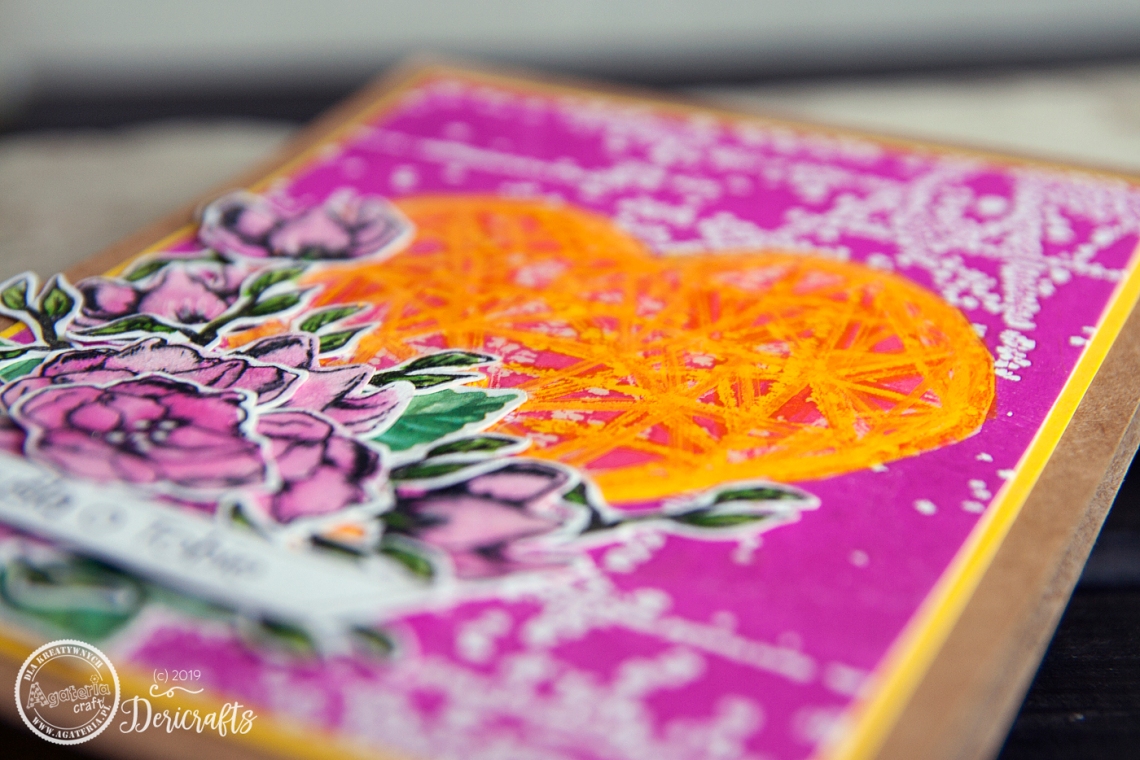 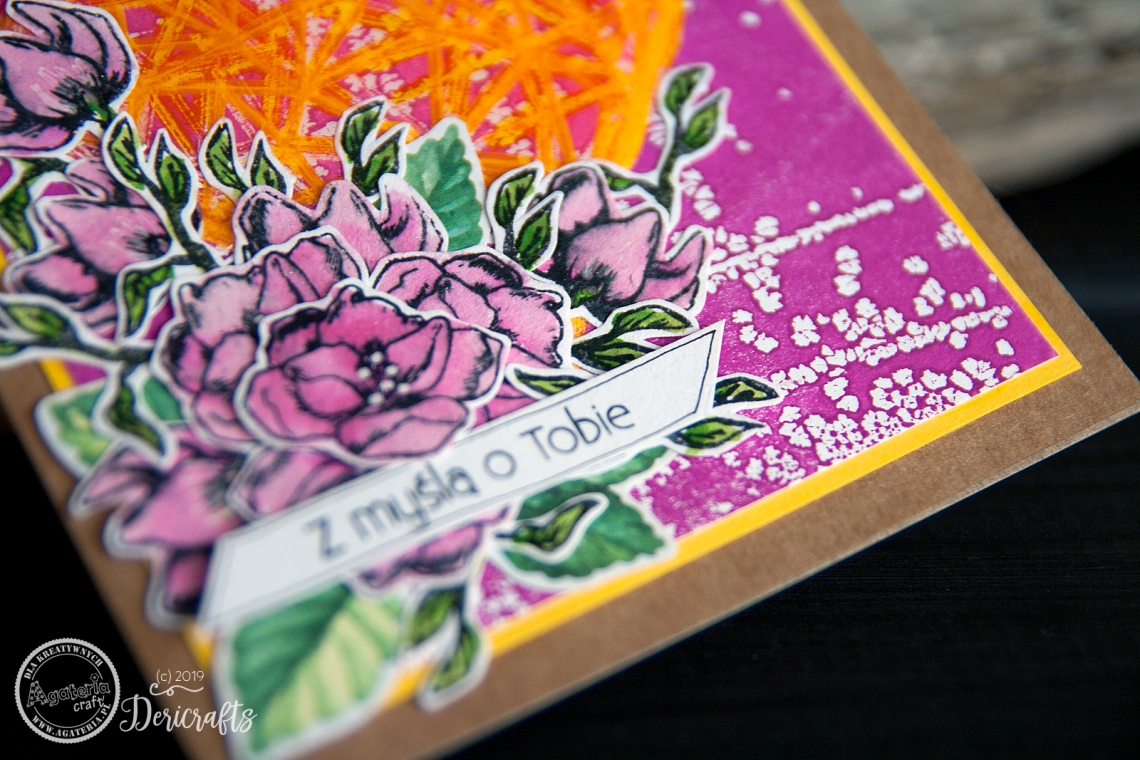 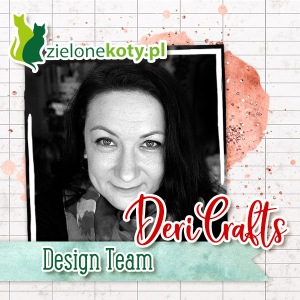